Doze of History at the urban village of Hauz Khas Village

Back in 2005 when I left the Capital for making a mark for myself in City of Dreams, I knew Hauz Khas as a quiet residential area.  On my re-visit to Delhi, Hauz Khas village (next to residential Hauz Khas I knew!) was bustling with designer boutiques, art stores, bars and cafes making it a distinctly hep place to hang out - a truly urban village!

However, we had other plans.  My friend Anirban (who I met in person for the first time) and his lovely wife Shailza (both very talented writers and photographers) weathered the Delhi heat on a Sunday morning to show me the historical side of this urban village, better known as Hauz Khas Complex!

The complex essentially comprises of a lake (supposedly a tank!), a Madrasa (Islamic institute for studies) and a tomb (of Feroz Shah who built the Madrasa).  The complex has a Board by the archaeological survey of India at the entrance.  The moment one enters the arched door, they are instantly transported to another era.

We walked around the complex taking in the sights - the ruins, couples deep in conversation, the tranquil lake - coupled with interesting conversations and photography!  Thereafter, we walked to the lake-side and park/ garden (they have nice walking trails, an enclosure for deer and peacocks, benches to relax and even a
play area for kids!).


The stone structures of Hauz Khas seem frozen in time.  The distinctly green lake lends to the magic.  The tall trees sway to the gentle breeze.  The birds are merry.  Everything around me mirrored and echoed the peace I feel in my mind and heart.

Hauz Khas won me over; a rather perfect choice of place by my hosts.

Indeed, it is hard to believe that a historic world could co-exist with the bustling urban village (where the party never ends!) beside it…..

Go here - if you like monuments, photography and a quite place to find yourself or to get to know someone better….
Posted by Preeti Datar at 1:06 AM

Calcutta through my lens - Photo Blog!


We landed at Calcutta airport on a transit flight to Bagdogra.  With a good 3 hours to kill, my cousins and I walked in and around the airport photographing the delightfully cute yellow taxis (as opposed to yellow top taxis in Mumbai!), enjoying a cup of coffee at the nearby CCD and chasing squirrels!

Thereafter, we stayed in Calcutta for two nights while returning to Mumbai from Sikkim.  While we were still recovering from Sikkim hangover, we got to know the City of Joy a little better.

We were staying in Hastings in Calcutta.  Fortunately for us, the place was on the banks of River Hoogly and a 15-minute drive from the famed Howrah suspension bridge and/ or Vivekanana setu (new bridge).  We began our day tour on a hazy Calcutta morning which did got in the way of our photography.  However, we did manage to spend a good half hour at the ghat photographing Vivekananda Setu from where we could see the faint outline of Howrah Bridge at a distance.

Our day tours also included driving around Fort William, where we spent a good 1 hour at the Eastern Command Military museum, Dalhousie square (Writer’s building, High Court, GPO) and a two-hour or more halt at Victoria Memorial which is a must see (it is a picnic spot for families, an adobe for couples and visited by many tourist not only for the architecture but also for the museum it hosts).   All the architectural sights in Calcutta were well maintained and the locals take pride in sharing insights about them.

But what stood out about Calcutta was the predominant blue colour everywhere (lampposts, fences, etc) -  thanks to Mamata Banerjee’s decision to paint the city sky blue in line with the motto of the government ie 'the sky is the limit'!  I do hope she would spare the yellow taxis!

Overall, Calcutta surprised me – the traffic was organized (most roads are one-ways, the roads were quite clean, I felt safe there and the people were warm and seemed to be content.  I admit I did not get an opportunity/ time to visit old Calcutta area - which may change some of my first impressions - but for now I’m basking in the joy that Calcutta gave me.

Needless to say, I do hope I get to plan a dedicated visit to Calcutta sometime soon.
Posted by Preeti Datar at 2:05 PM

Last weekend I had the opportunity to join a bunch of 200-odd people for a walk to Colaba lighthouse which is 2.2 kms from the shore.
It was a sunny day with extreme low-tide.  We walked over stones,  half-broken concrete walk way and battled lots of Moss to reach the lighthouse.
The walk gives you amazing views of the ships and rigs, mumbai skyline and Arabian sea!  After climbing 168 steps inside the lighthouse we reached the top and took in the amazing views!
It's amazing though that a tiny bulb with a lot of help from huge reflectors is what lights up the lighthouse!
Overall a fun walk, especially amusing that while at the light house the gps showed or location as in the middle of the ocean!
Enjoy some photos from our walk! 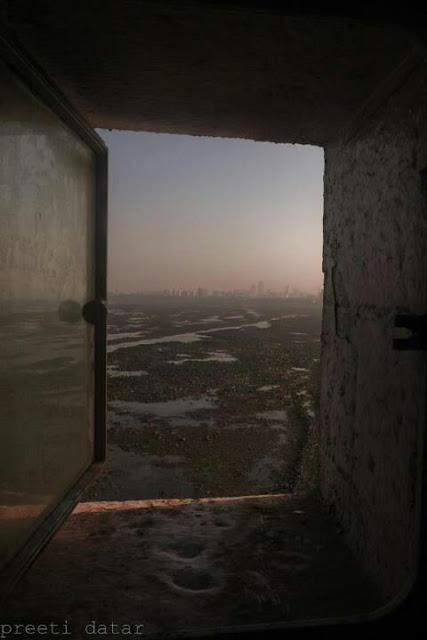 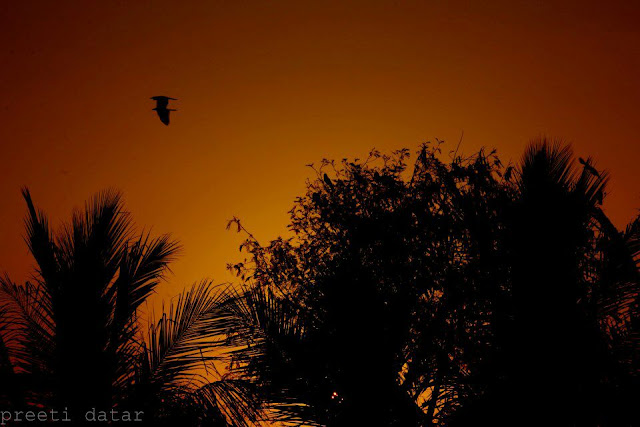 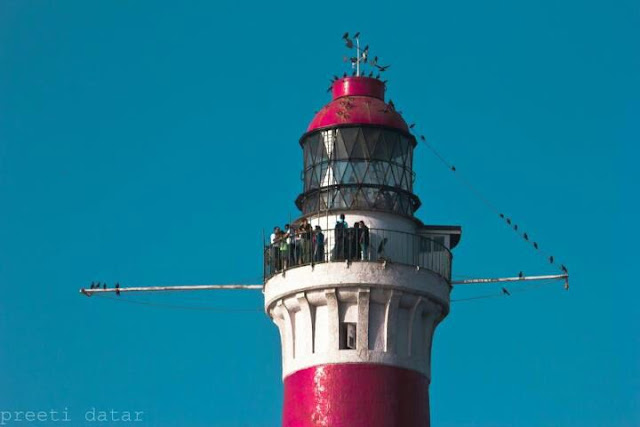 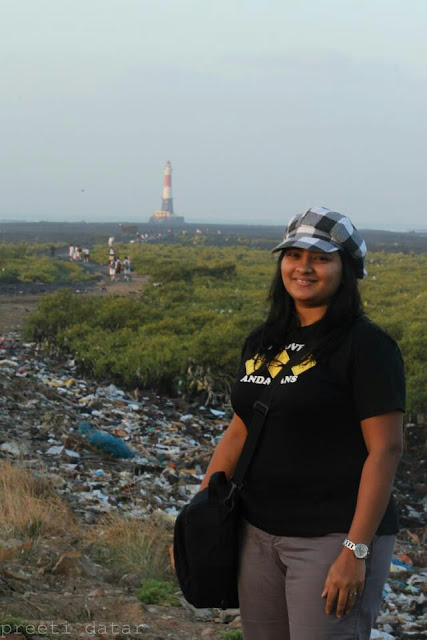 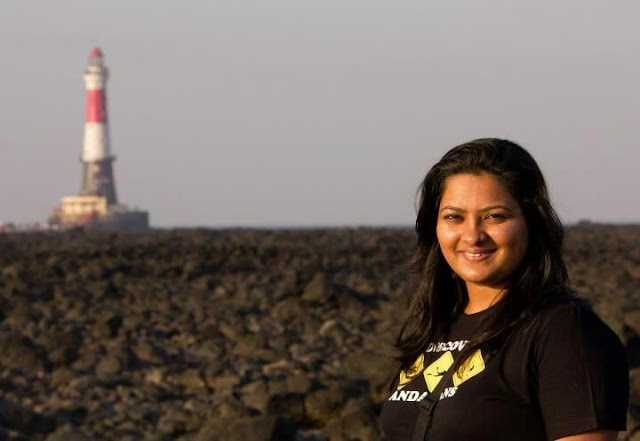 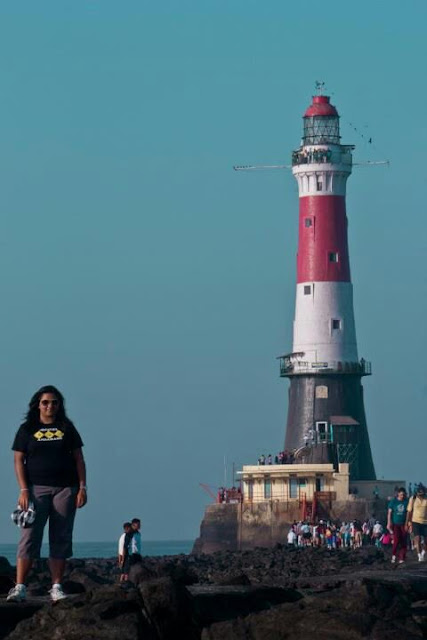 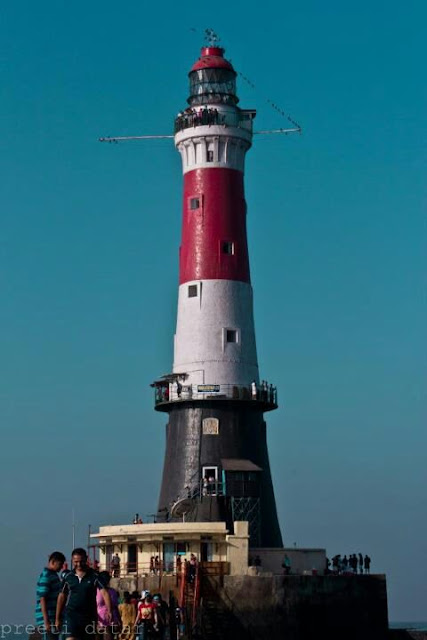 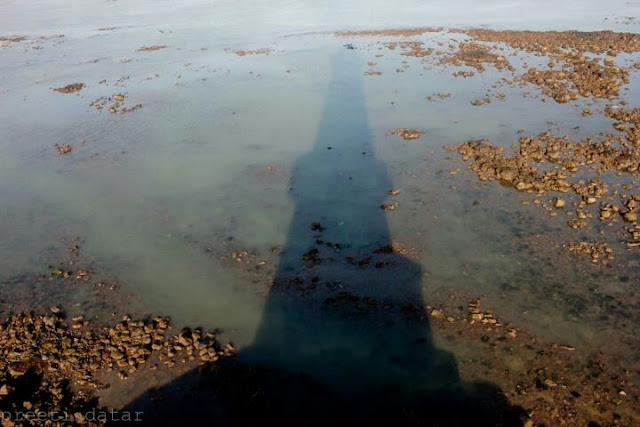 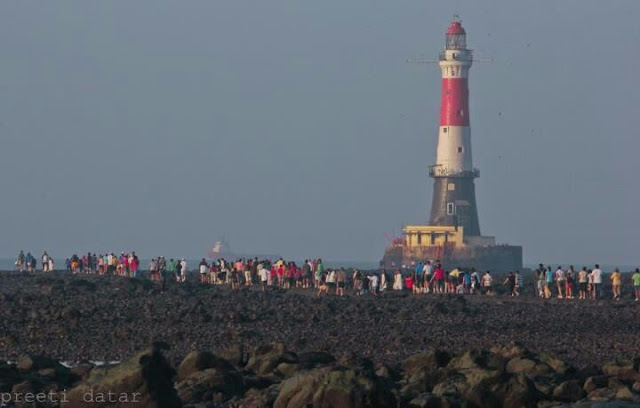 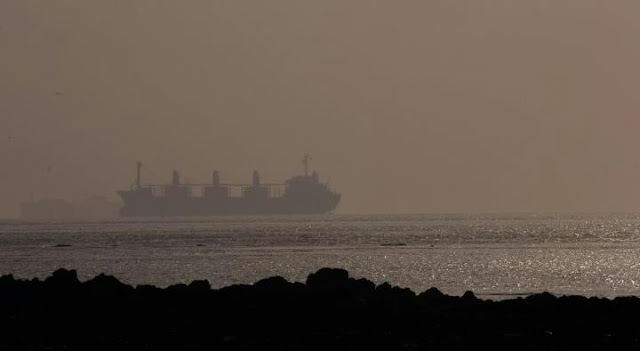 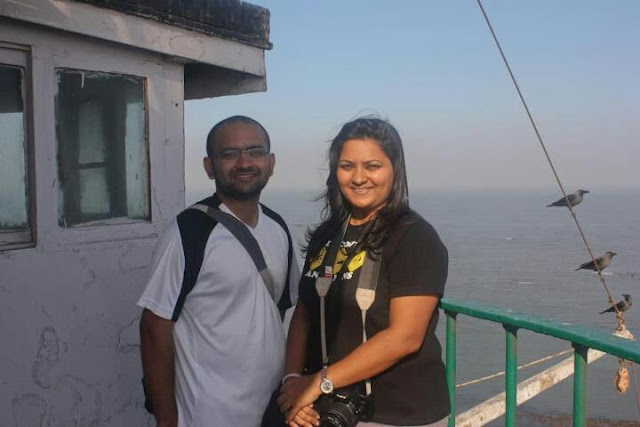 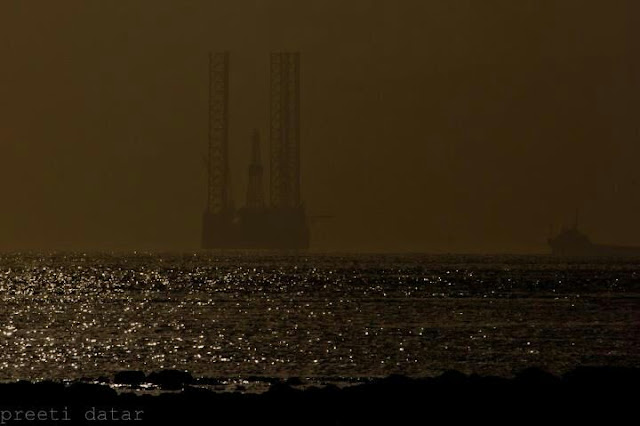 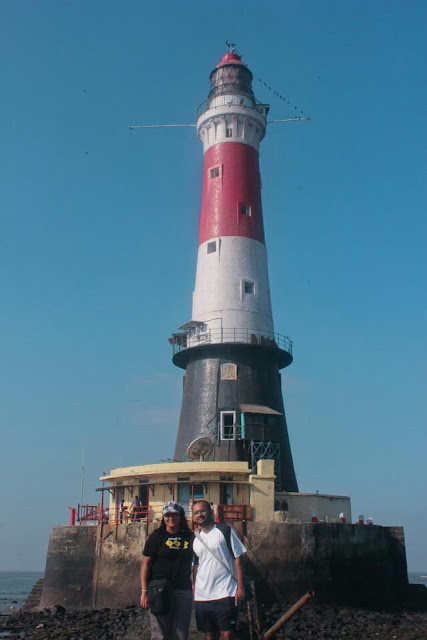 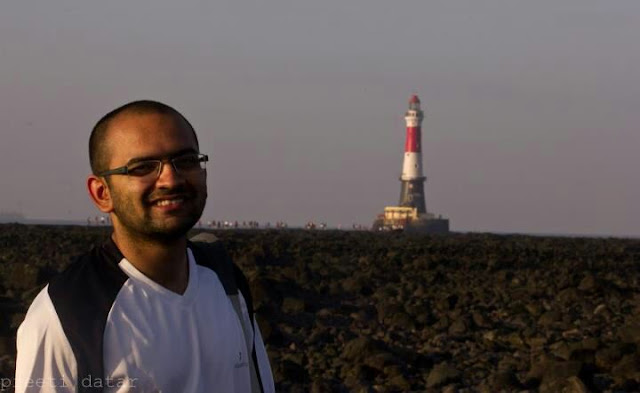