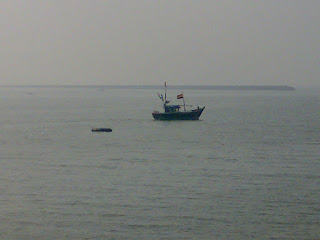 (In the photo: View of the fathomless Ocean from Free Press Bulding at Nariman Point)

I love beaches and sea shores for several reasons. I can completely identify with the moods of the ocean, the certain calm, the violent outbursts, the storming, the ebb and fall of waves and the whiff that emnates from it. I love everything about it.

My mom tells me that when I was a kid, growing up as a toddler in Cochin, they took me to the beach for the first time. Assuming I'd be scared of the water, they were being extra-careful with me. But realising I was comfortable when the waves touched my feet and the breeze played with my short wavy fair, they let me be. Me and the Ocean. Perhaps that was my first bonding with the ocean. 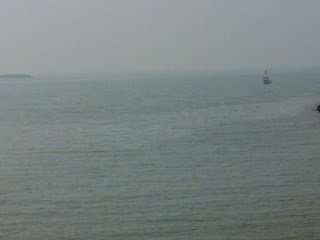 (In the photo: Indian Ocean and its hues in the lunch hours)

I used to sit for hours in my trademark wooden baby-chair in my balcony in Cochin and look at the ocean. Later on in Karanja, the ocean was a stone's throw away and it saw me grow up.

Moving to Vizag, the bond strengthened and later weekened as there was no seashore in the landlocked New Delhi, capital of India. Returning to my place of birth, Mumbai, I rekindled the liking for the ocean. The bond continues still.... 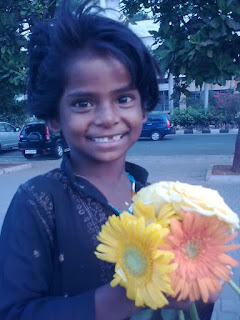 (In the photo: A flower seller with a friendly smile at Marine Drive)

Seen in the above picture is one of the many kids selling flowers at Marine Drive. This little girl came to me when I was sitting with a friend from classes. She asked him to buy me flowers....Both me and my friend smiled :) I took the flowers from her, smelled them and handing her a Rupee ten note, I said keep the flowers as well! She was delighted. Returning a few moments later, she showed me the flowers again. This time I clicked her picture and she was thrilled!! That's the small pleasures that you get by the sea shore.

I've even sat there alone a couple of times thinking about nothing at all. I've walked from my hostel to marine Drive in pouring rain just to take one look at it. 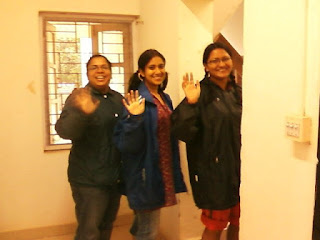 (In the photo : Heading off for a walk from the hostel to Marine drive in puring rain!!- Rekha, Devina and Moi!)

I've got off my bus randomly just to sit and ponder by the sea shore.I'm fortunate enough to be working at Nariman Point where the Ocean stays with me. 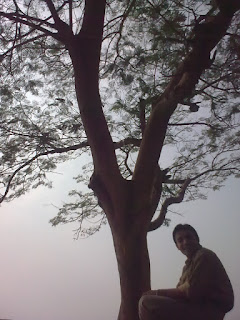 (In the photo: Nandeep, a fellow article in the backdrop of a Beautiful Tree on the boundary of Free Press Building that looks over the Indian Ocean) 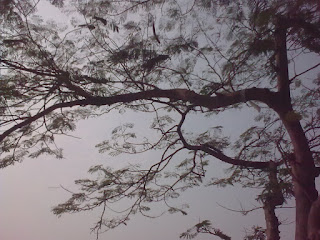 (In the photo: The tree that I find mysterious at Free Press Building) 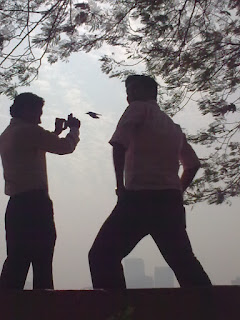 (In the photo: A coincidence picture. I randomly asked Anuj to pose fore am image while Nikul was taking a picture of the Ocean and the result is this studding image taken at Free Press Building)

We go for walk during lunchtime to catch a glimpse of the ocean and to feel the sea breeze and the sun. Look how galant the Ocean looks at 1:30 PM in the images below- 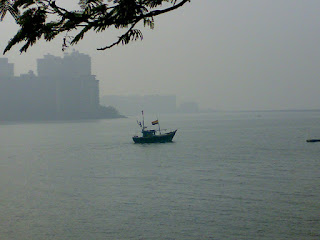 (In the photo: Views from Free Press Building) 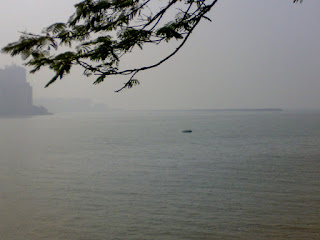 (In the photo: The ocean in the afternoon sun) 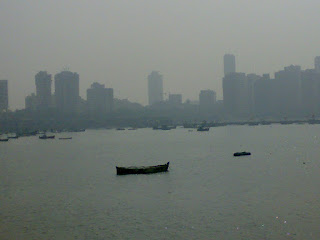 (In the photo: The buildings that stand tall at Nariman Point) 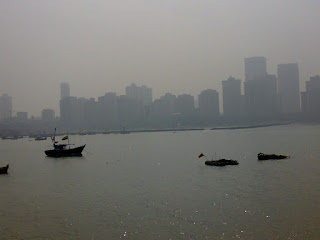 (In the photo: Another view of the Buildings and the majestic Ocean)

I can go to Marine Drive anytime, even if its 4:00 PM and the sun is too hot to handle, like I did on saturday when i even stayed on till sunset :D cause it makes me happy and brings me peace after a fruitful day.... 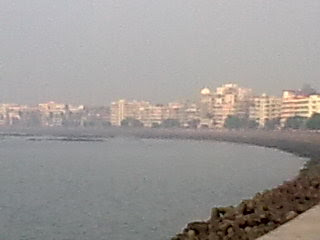 (In the photo: At marine Drive on a hot saturday afternoon) 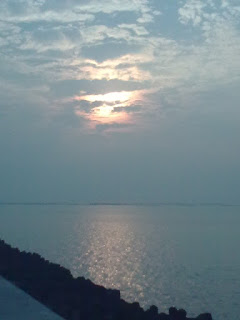 (In the photo: Enjoying the sunset) 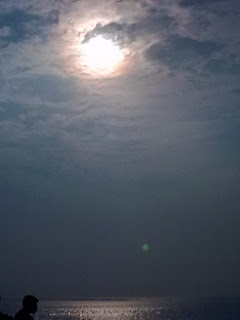 (In the photo: Good-bye sun) 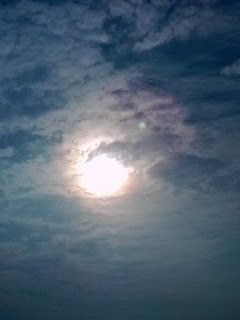 (In the photo: Let the night fall upon the Island City)

However, the sea has also brought with it a wild terror in the form of Mumbai Bombings at Taj, Oberoi, Trident and Nariman House. Man's first discoveries were though the ocean, so were several wars, but this new war of terror is not just a question on our lack of oceanic patrolling, it is the newest scare! Seen below is Taj Hotel bang opposite gateway of India. The Old building is magnificent. Despite the severe damage it still stands tal, much like the unflenching spirit of Mumbai and Mumbaikars. A salute to all of you! 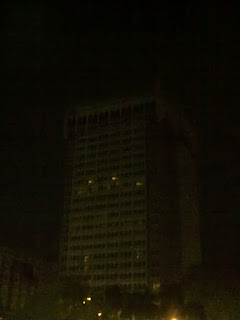 (In the photo: New Taj Building) 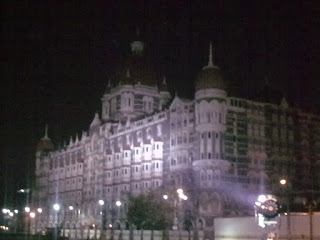 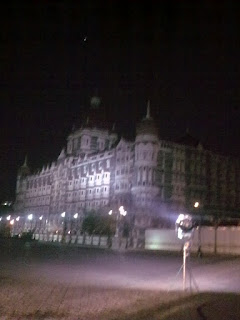 (In the photo: With a little help, Taj will be the Taj of Mumbai again!)

Here's me signing off from Marine Drive raving about my Oceanic Tales. Until next time....miss me.........but who knows, you might see me at Marine Drive!!! 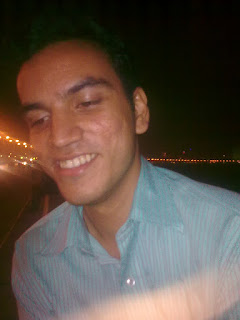 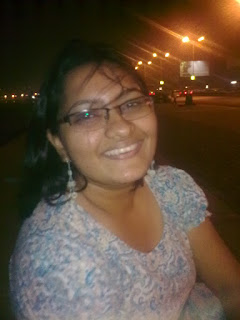 (In the photo: Having a good time at Marine Drive with Anant who also loves Marine Drive as much as I do!)
Posted by Preeti Datar at 2:47 PM

Luvd d pictures :)
Felt like i was back agn in Mumbai...miss d place...