Best Experiences (travel and otherwise) of 2014

2014 began with a bang.  I partied with my girlfriends, till the wee hours of 1st January 2014. Thereafter, the rest of the day was spent in bed, battling hangover.  Like each year, I made some resolutions and as I look back now, I broke most of them (that’s the norm right?).

The one that stayed is the back bone of my blog.  Any guesses? – Right! It’s wanderlust! I vowed to make 2014 a year packed with exploring new places, getting out of my comfort zone, experiencing new things in Mumbai (the city I call home) and of course capturing memories through my lens!

I have never liked running, not even during my competitive lawn tennis days.  But watching Mumbai Marathon, year on year, made me re-think my decision.  I wanted to be part of the spirit of Mumbai.

Soon enough I enrolled for the 6km dream run, which let me tell you is akin to a big carnival.  You find huge groups of people representing their respective workplaces (like EY!),people from various NGO's, celebrities getting some TRPs, people in whacky attires.  The Dream run also show cases performances by several bands/ dance groups on the Marine Drive stretch.

While I ran about 4 kms as the initial 2km stretch was almost claustrophobic with fellow dream-runners, however just being a part of a Marathon was overwhelming.  I do endeavor to run a 10km Marathon someday. 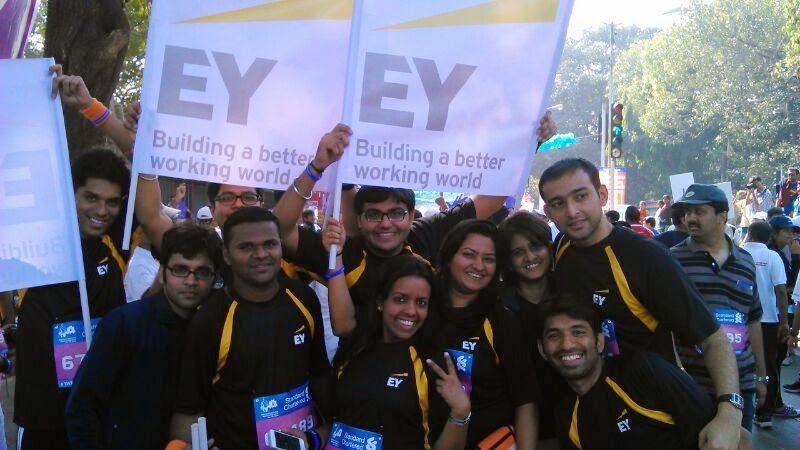 Having lived half a decade in the New Delhi, I used to look forward to seeing Republic Day Parade live at along Rajpath.  Delhi, being the capital city was the only city to host this parade, until 2014, when Mumbaikars hosted a Republic Day parade in the stunning backdrop of Queen's necklace i.e. Marine Drive stretch.

Mumbaikars thronged the Marine drive stretch in large numbers.  Mumbai police did a great job with crowd management.  The parade participants ranged from the 3 armed forces, police forces to many representative schools.  Indeed a delight to see Mumbai shrouded in patriotism! 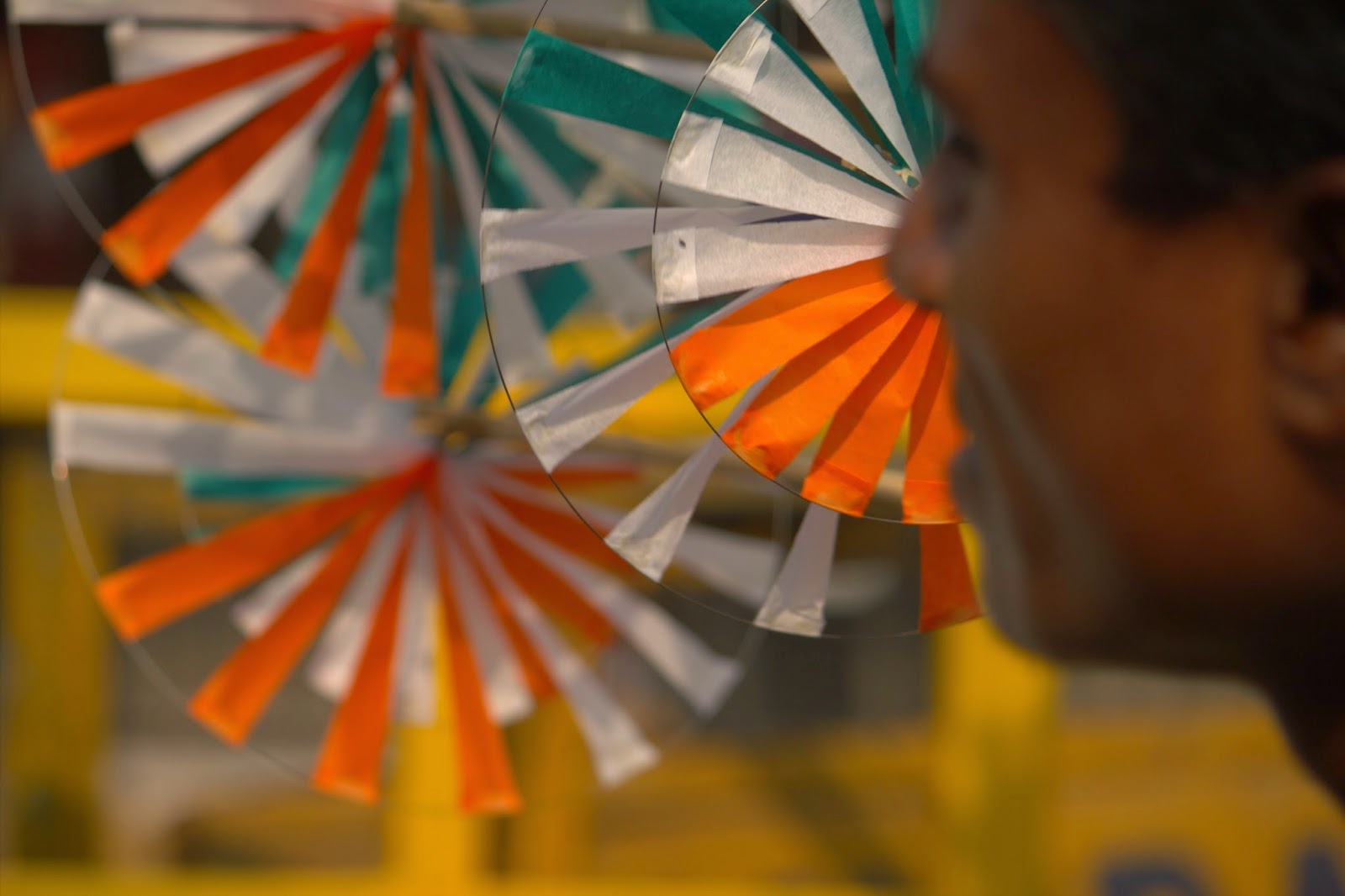 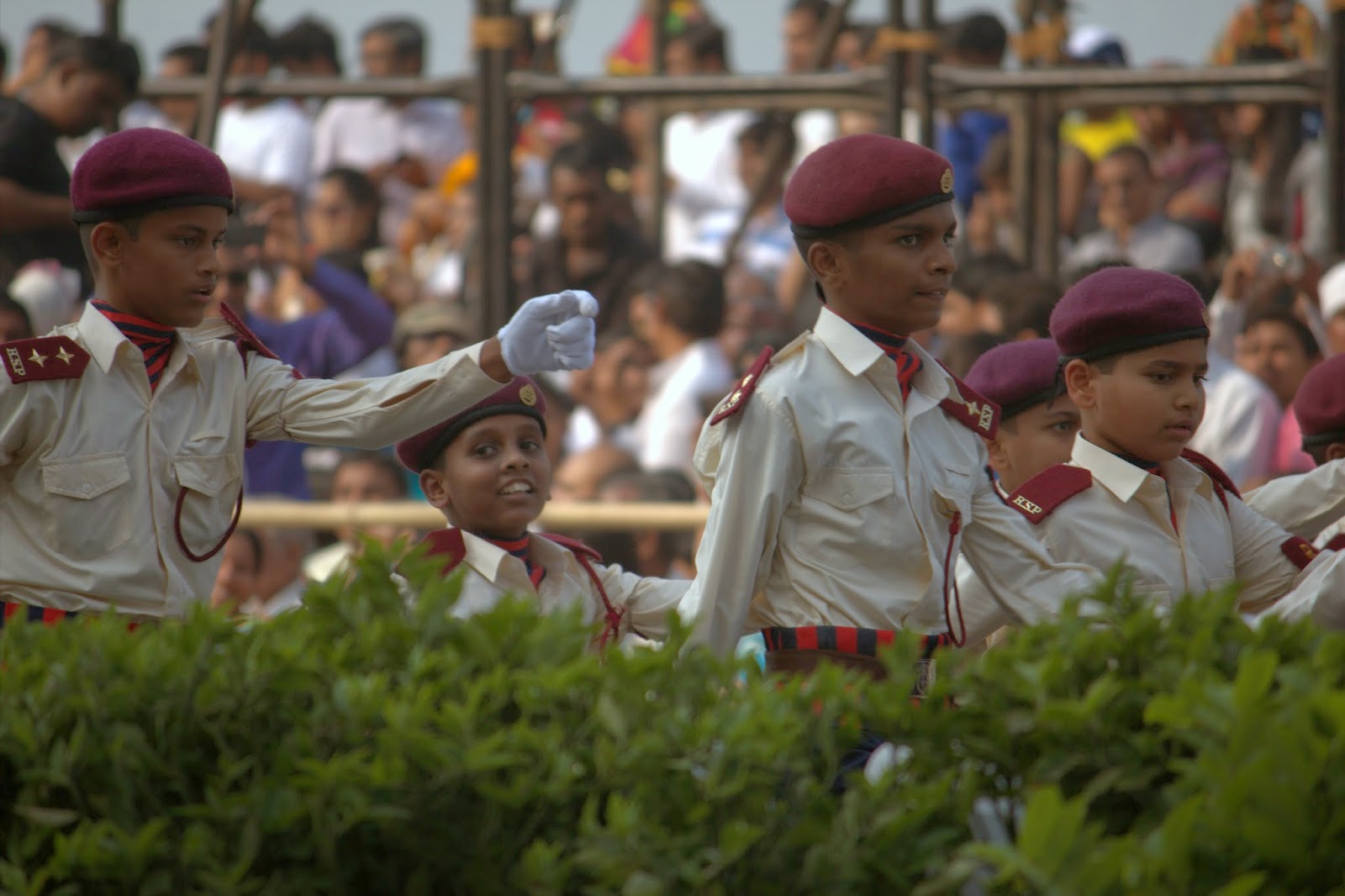 I associate derby with women in pretty hats and men with fat wallets.  While I didn't see those glorious hats, I did see men betting Lille maniacs.  Just for fun I bet on two races and lost badly!  Perhaps, no beginners luck :| But the experience of watching Derby was amazing, especially when the mood at the race course was so electric! 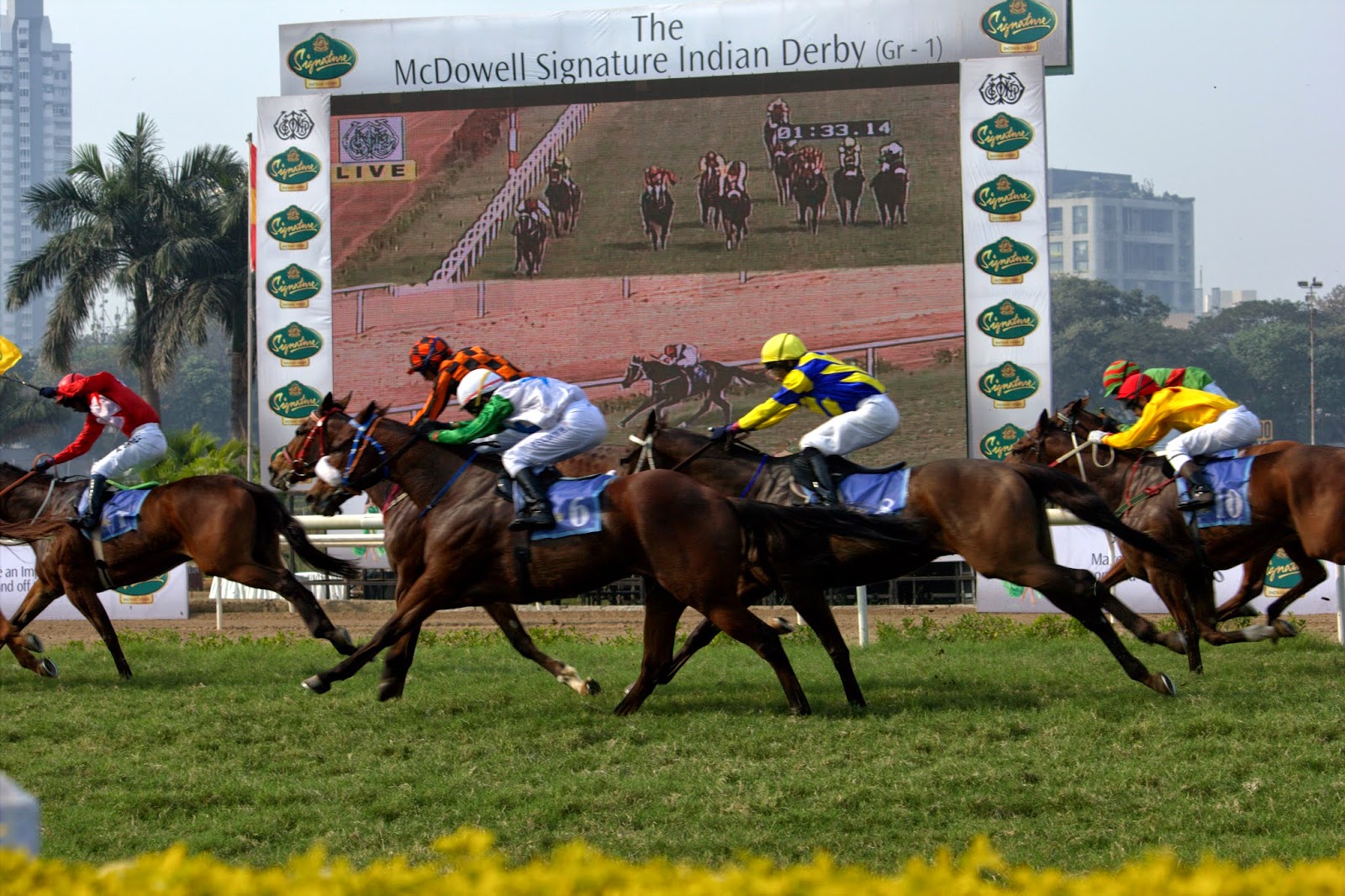 I must admit, I live a overnight train/ bus ride from Goa, but never got an opportunity to visit Goa.  I chanced upon a colleagues plan and did all the touristy things in Goa - exploring the churches, beaches, sampling goan delicacies, clubbing, etc.  I even met an old friend who works and lives in Goa and took me to some awesome chilling hide-outs!

On my next trip to Goa, whenever that is, I plan to do non-touristy things! 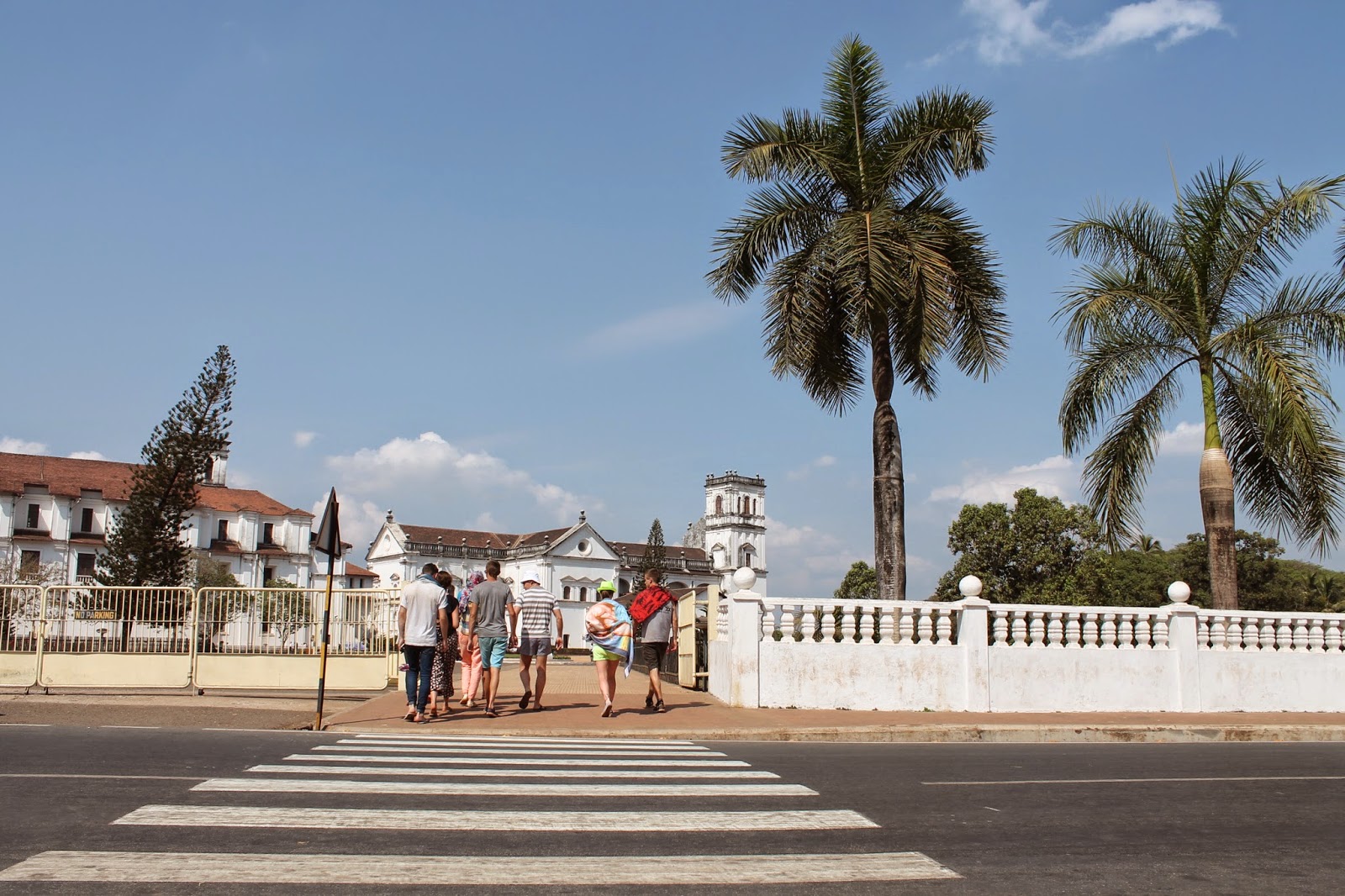 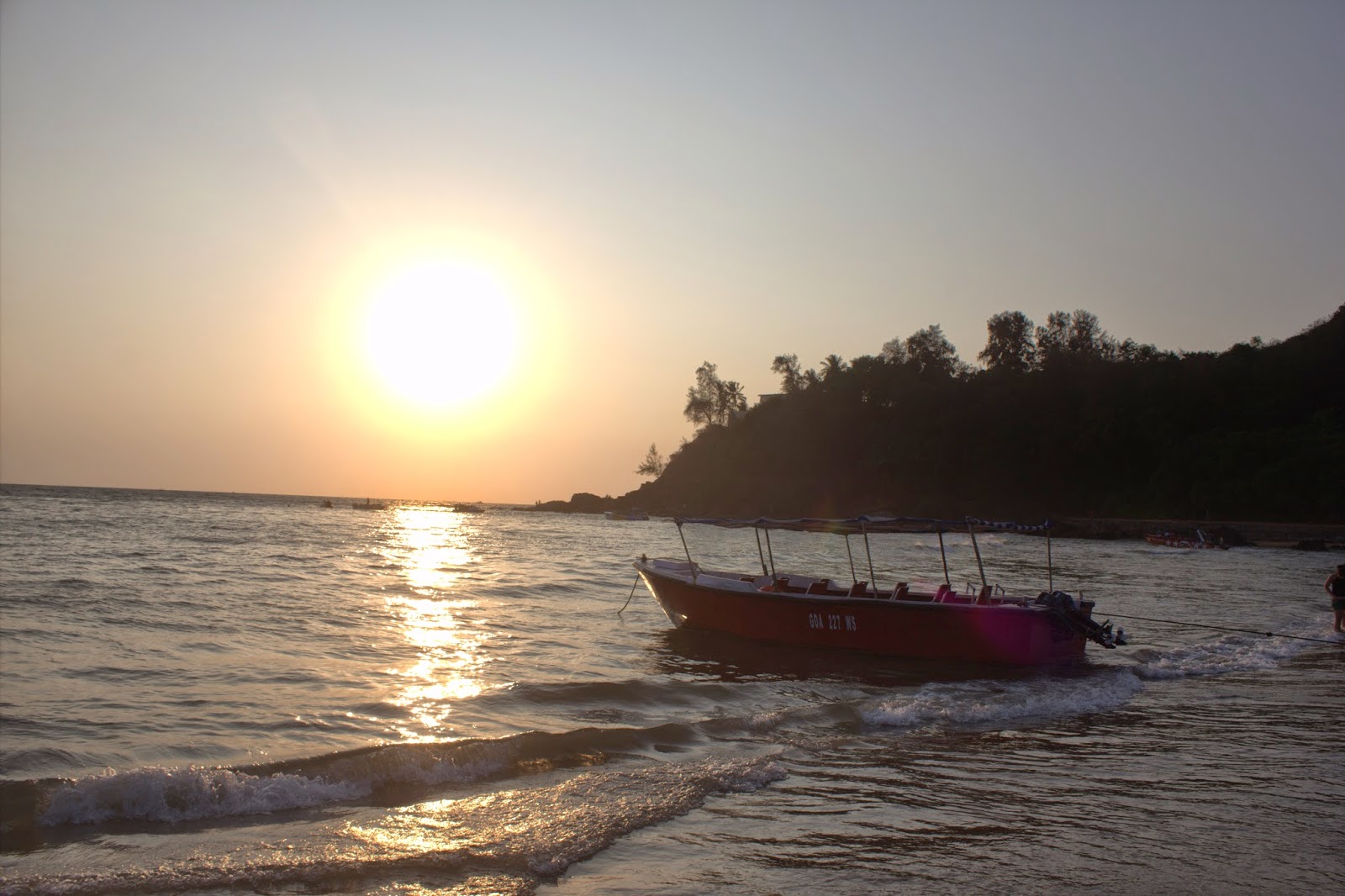 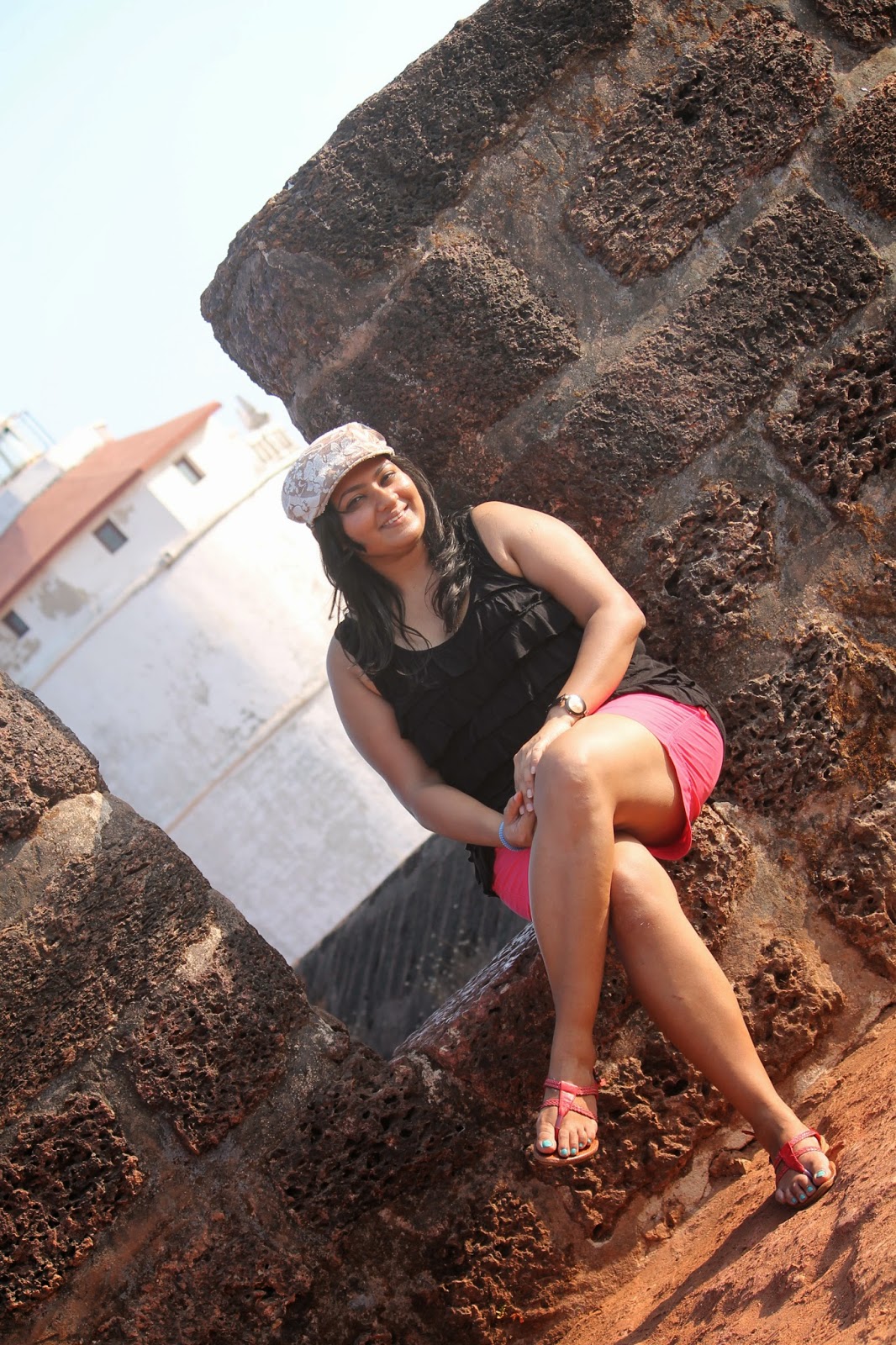 The first friend from college to get married!! Karen's wedding was a great opportunity for me to reconnect with college friends and be a part of a big fat Indian-Catholic wedding!  While the nuptials in the Church were emotional, the after-party was grand, with lots of wine and dancing!

We even threw a crazy 'neon theme' bachelorette for her, with props, scandalous games and crazy gifts! 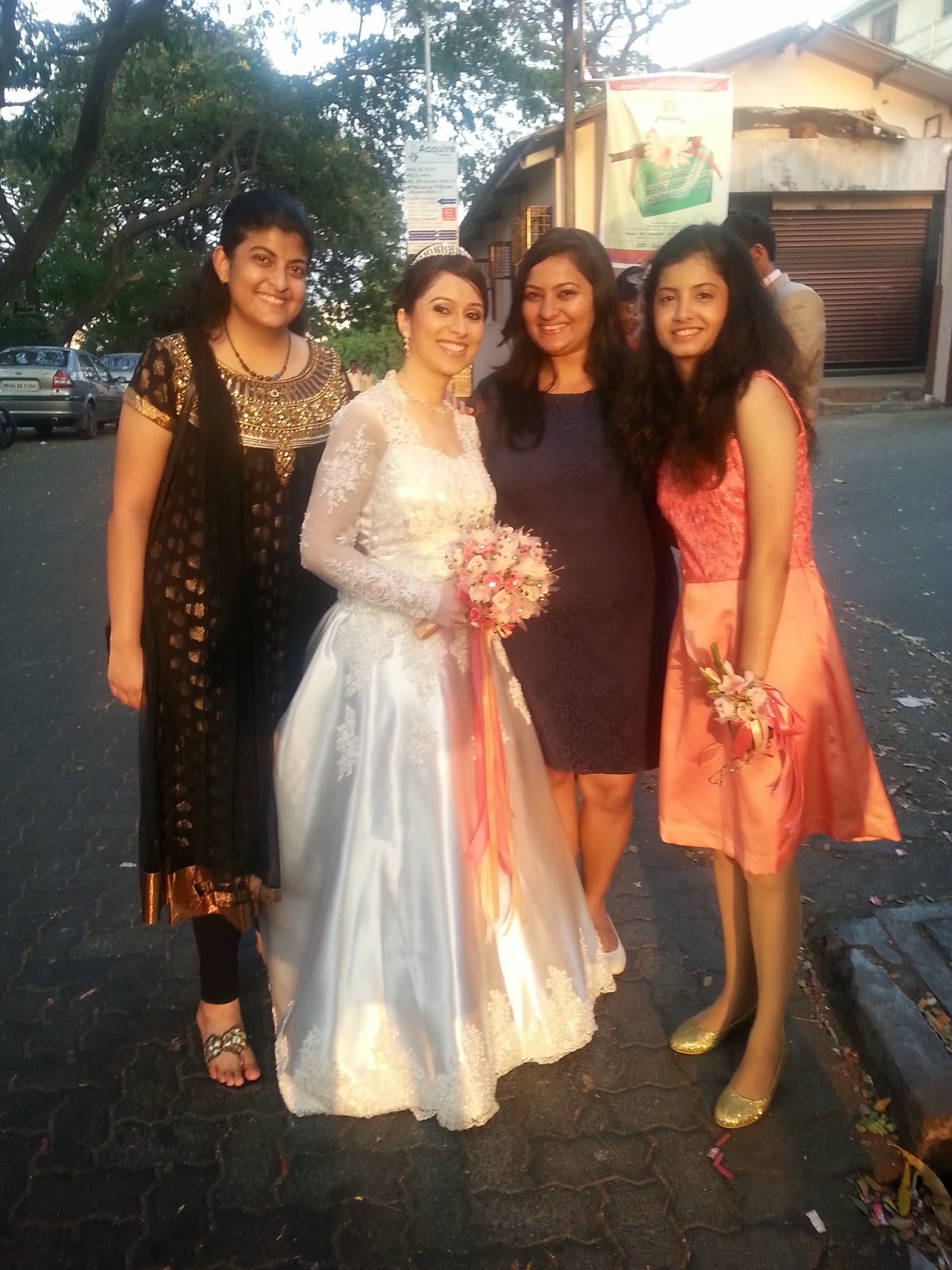 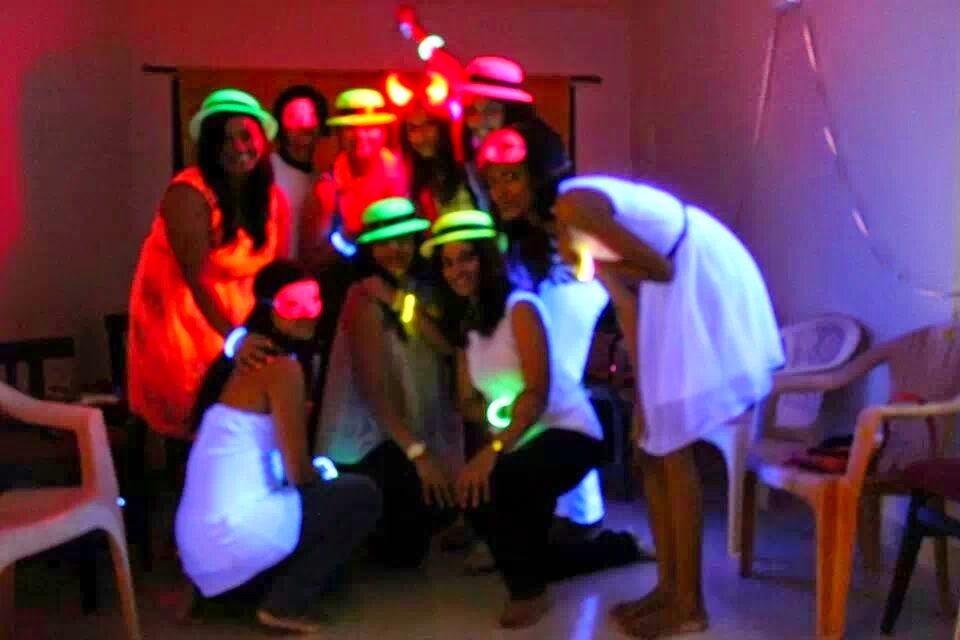 Fountains made me emotional, Aamby Valley [May 2014]

During EY off-site in Aamby Valley and watching the beautifully choreographed fountains I got very emotional, especially to the song 'yeh haseen vadiyaan'.  It was truly a culmination of AR Rahma's tune and the surreal fountains. 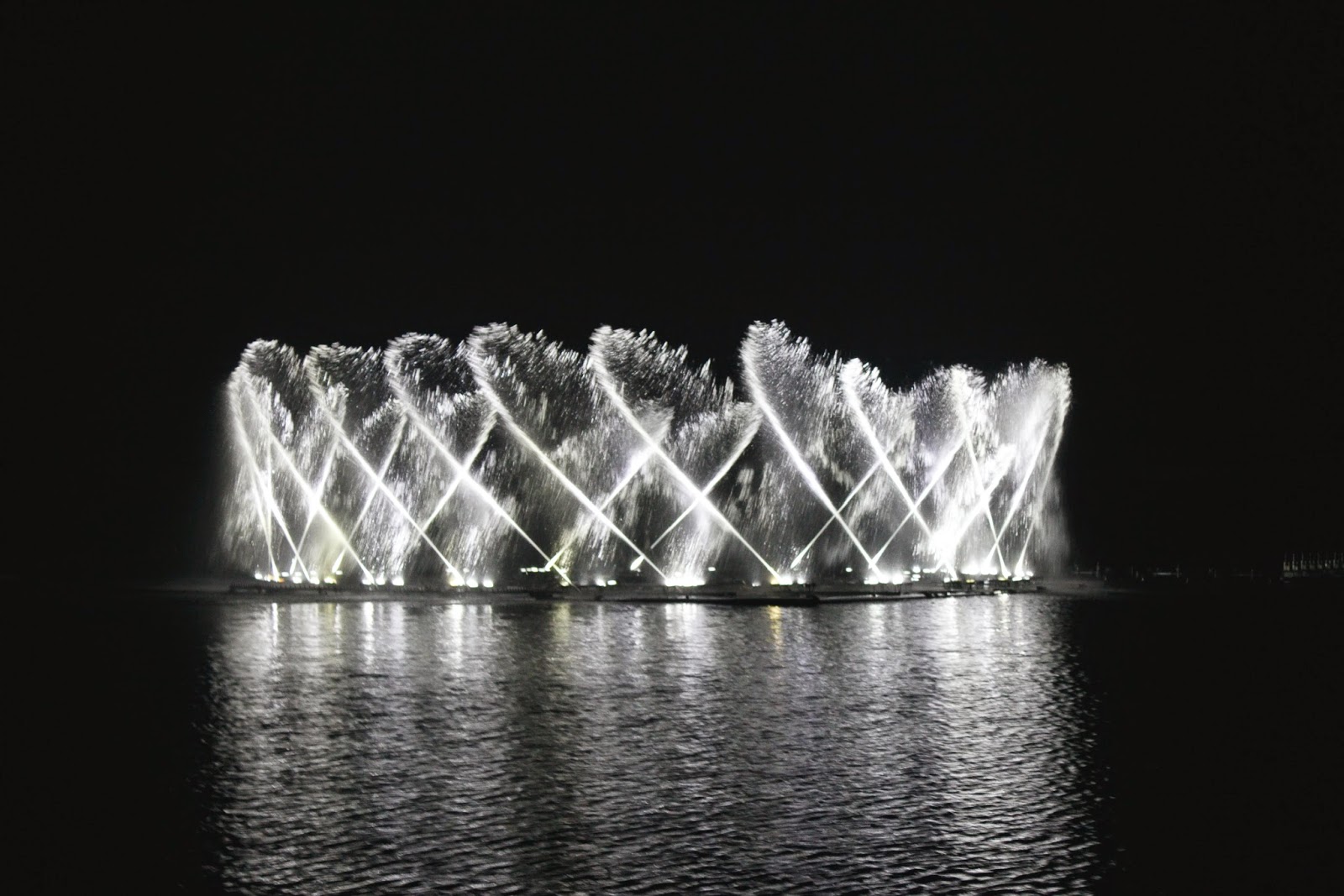 I never dreamt I could complete a grueling 8-day trek to Himalayas.  This time accompanied by two of my closest friends from work and with lot of determination, we made it to Loharjung, Uttarakhand - our base camp for the trek.

Over the next 8 days we walked through beautiful and varied landscape, stayed in tents and bonded over post trek playing card sessions.  The living conditions were tough, the weather was harsh, but I had my goal in sight - finishing the trek, or at least giving it my best shot!

On 6 June 2014, I sumitted this skeleton lake, 15,696 ft above sea level along with my best buddies (who did not give up!!) to look at the vast expanse of snow clad mountains and a killer view!  The icicng on the cake was celebrating my friends b'day at that elevation!!

The trek taught me that there 'ain't no mountain high enough' if you have the perseverance.  The trek was also a classic example of importance of a team.  But the biggest take away for me was the reassurance that I'm blessed with friends who'll stay by my side, no matter what! 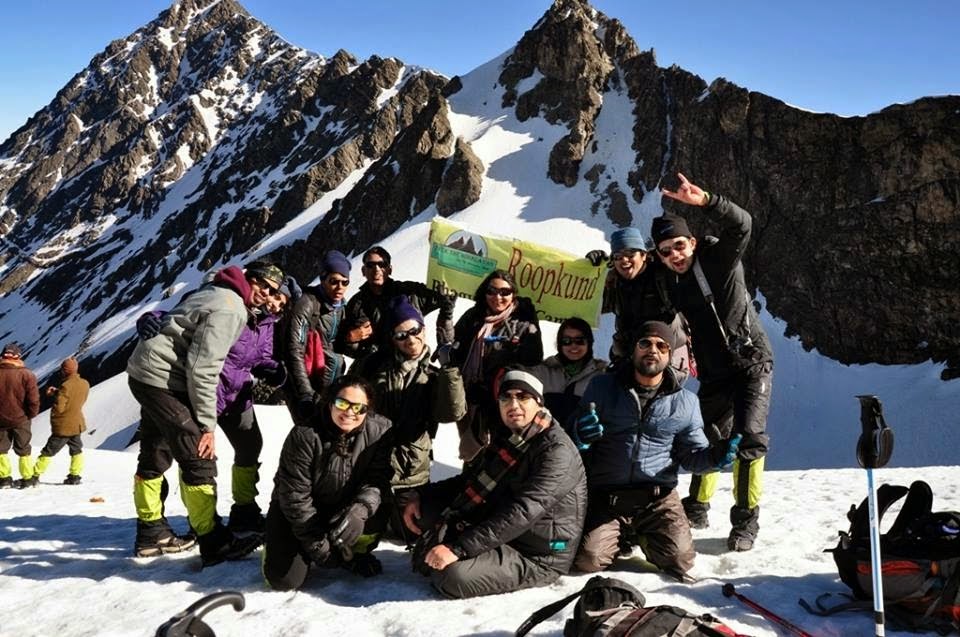 Let me be honest, one Roopkund trek was enough for 2014 and as much as I did not want to do another trek, the charm of a monsoon trek in western ghats was too tempting.

This time, with colleagues from EY, we sumitted Prabalgad, but not without the glitches.  It poured cats and dogs, the trail was flooded, some colleagues got injured (including me - minor vertigo)  which also set us back considerably.  Ultimately, we descended with the help of villagers (lesson - always carry torch, even if its a day trek!!) at 9.30 PM.

While the trek is lovely, starting early is the key to ensure one descends before dark.  It's funny, now that I look back, this was my only experience with night-trek - and no I did not enjoy it!  What's the point of trek if you can't enjoy the views?! Do you agree? 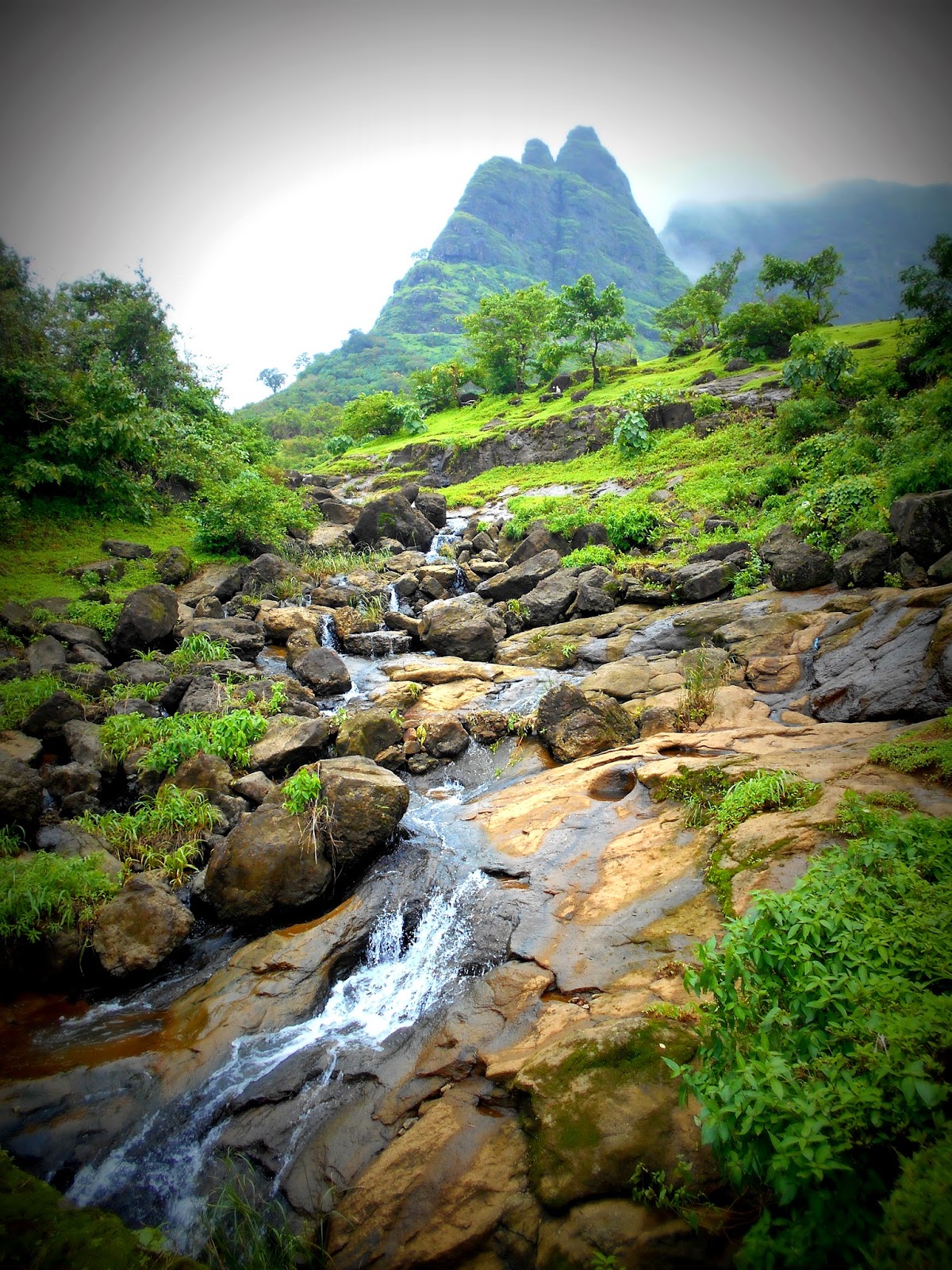 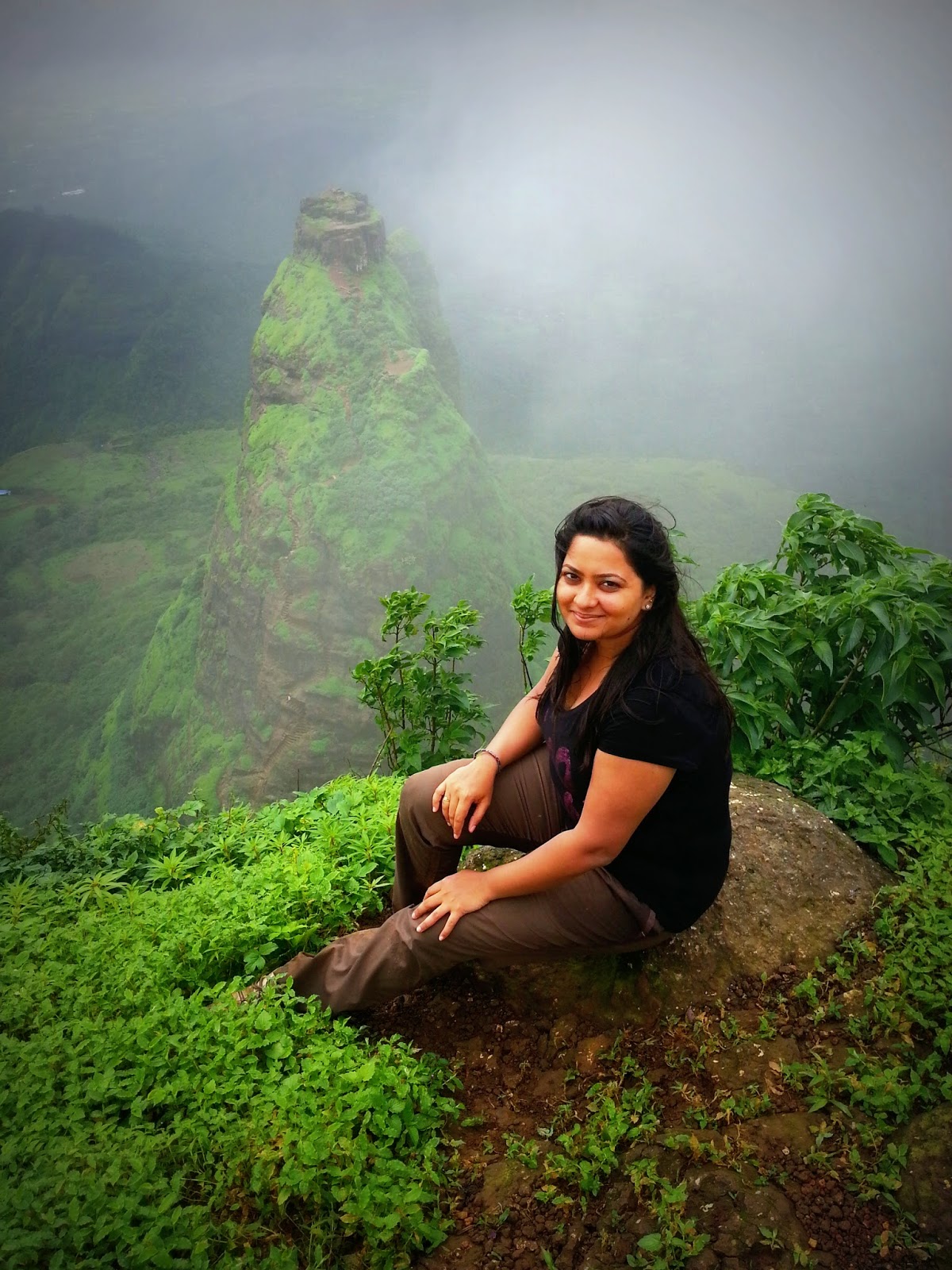 Travelling in unreserved ladies boogie as part of impromptu, girls only trip, to Coastal Karnataka[August 2014]

Read all about it here

Girls only, totally impromptu trip! This was like a stepping stone for my ambitious year-end travel plans.  This trip made me loosen up and go with the flow.  Because some of the best journeys are unplanned!! 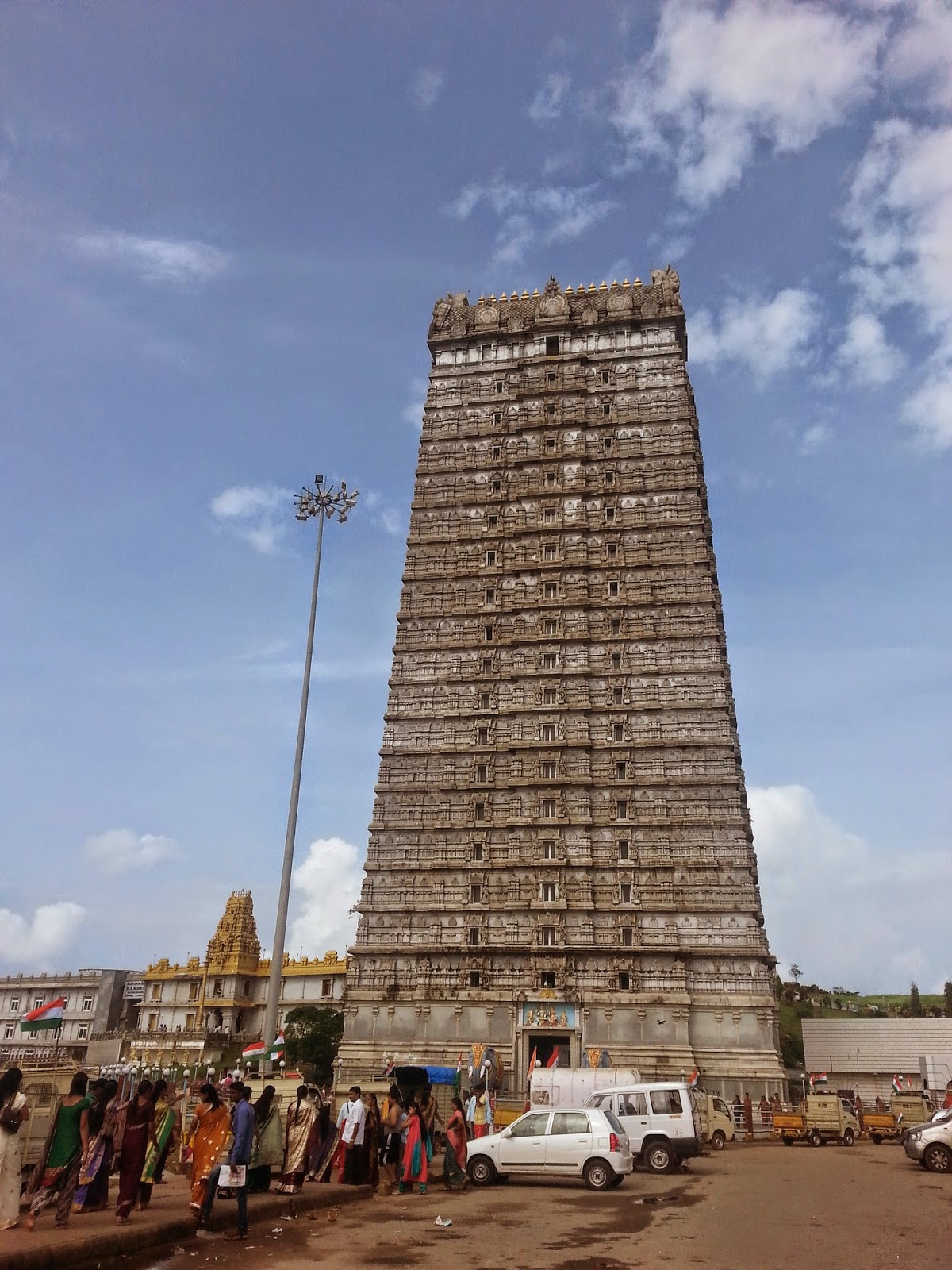 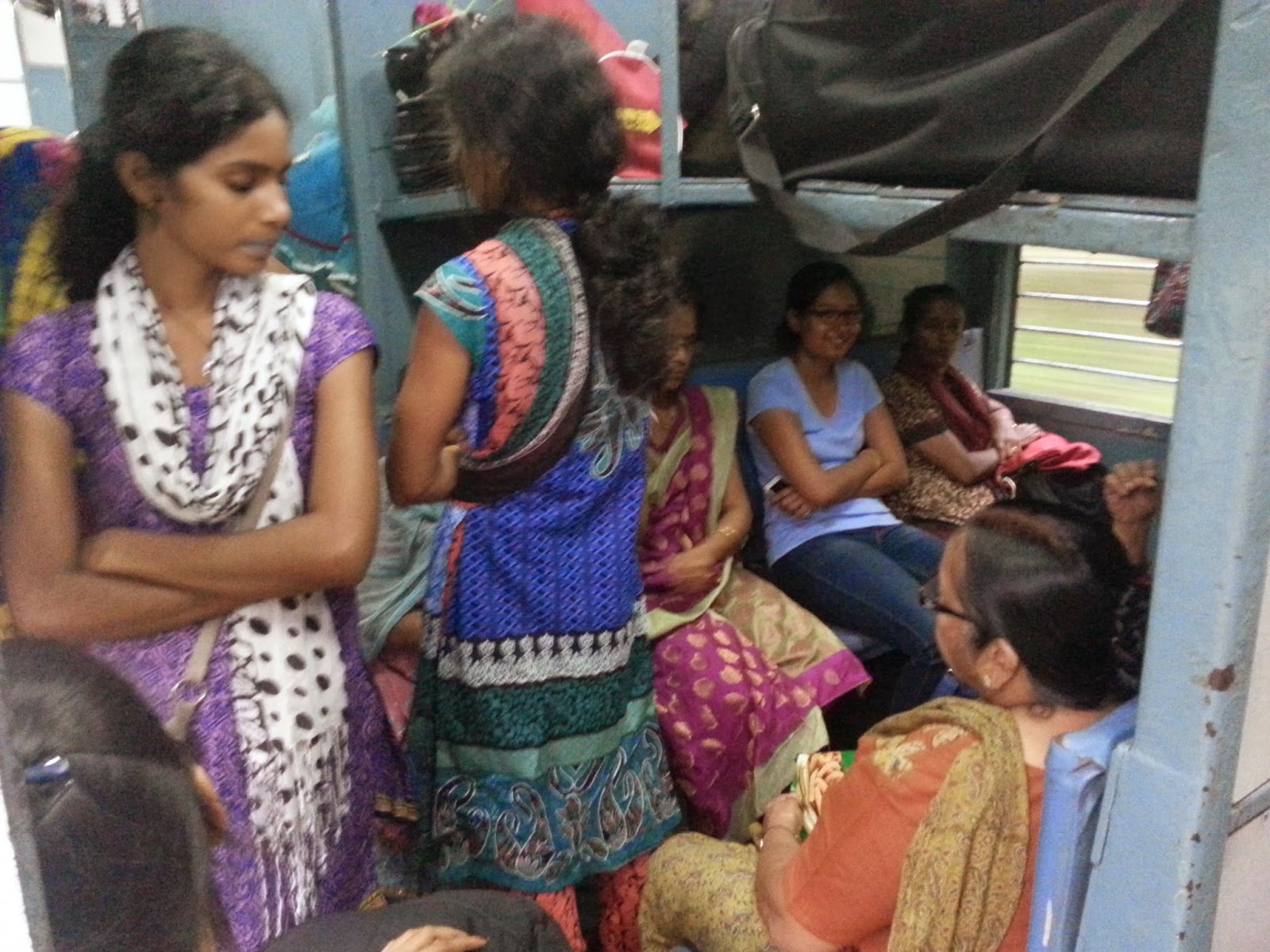 Classic setting, water-park, friends, stay over.  Can we even go wrong?

While all rides are not yet functional, the crowd is good (thanks to a slightly high entry fee).  Perfect for winters day out if you don't have a plan for the year-end! 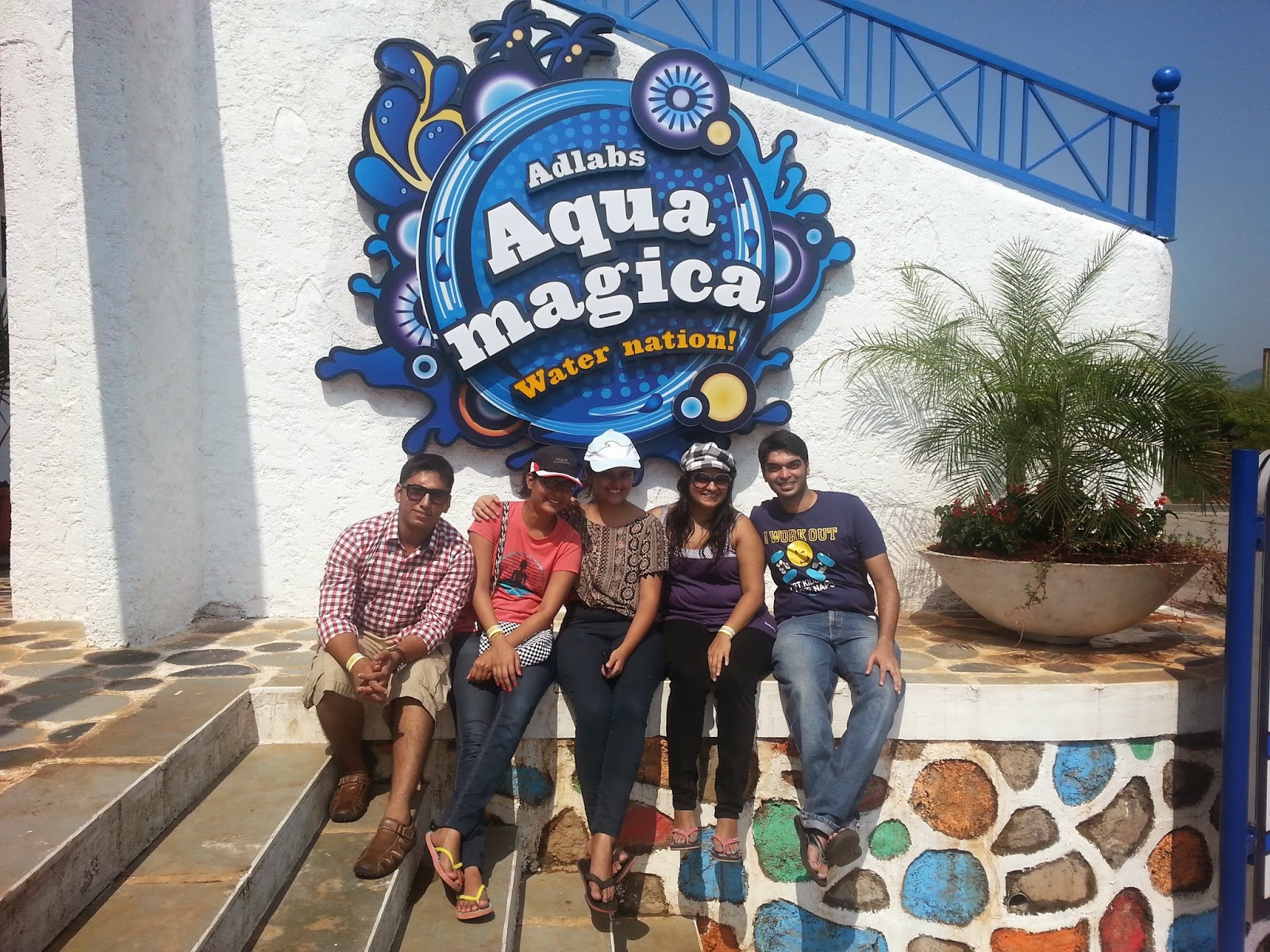 Staying with family for 10 days is a luxury for me!  It's when I can do as I please and be pampered.  Diwali was just that. 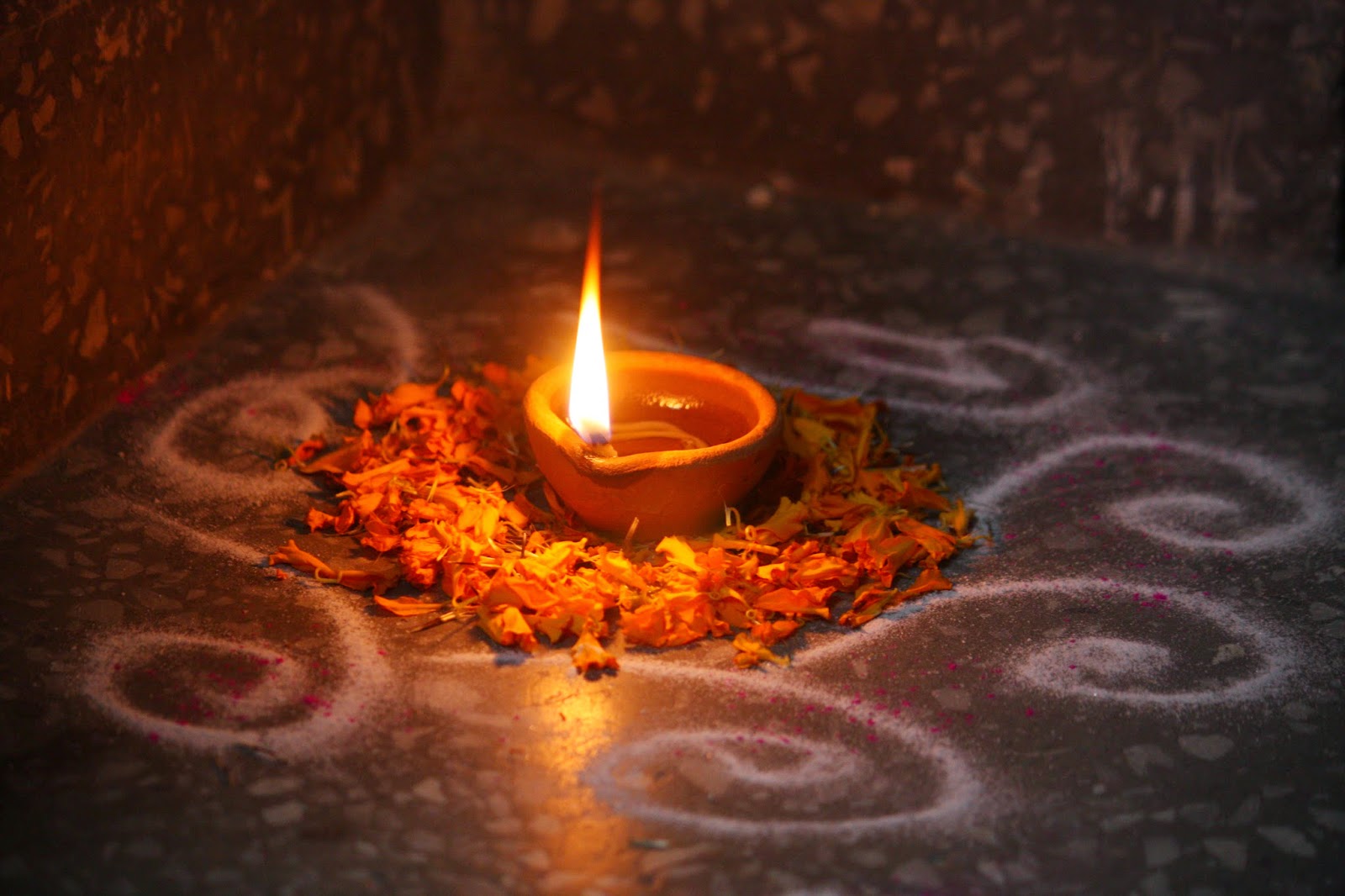 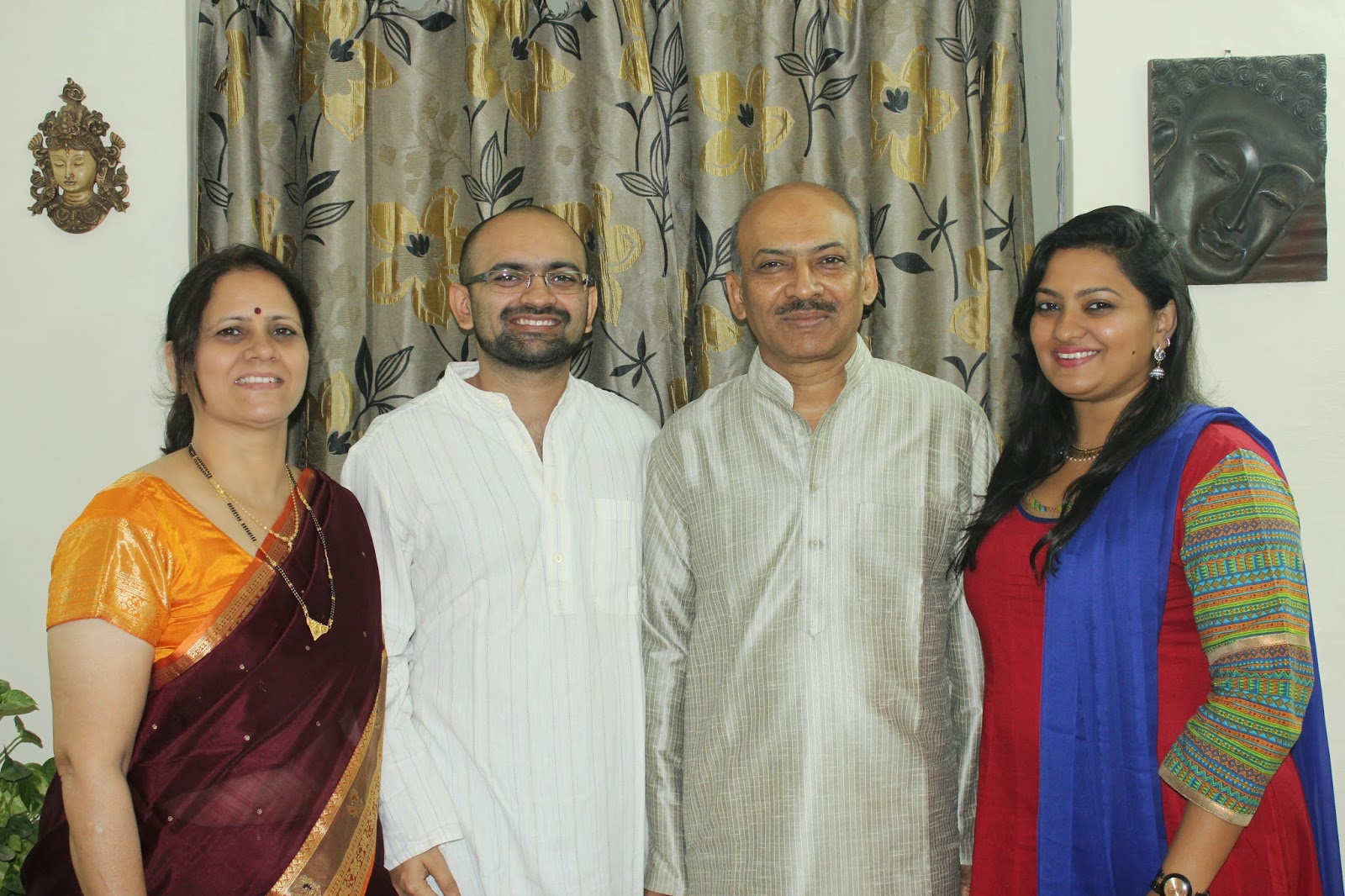 Side trips to Old Delhi (eating at the original Kareem's!) and Qutub Minar [October 2014]

Read More about the architectural and gastronomic pleasures at Old here 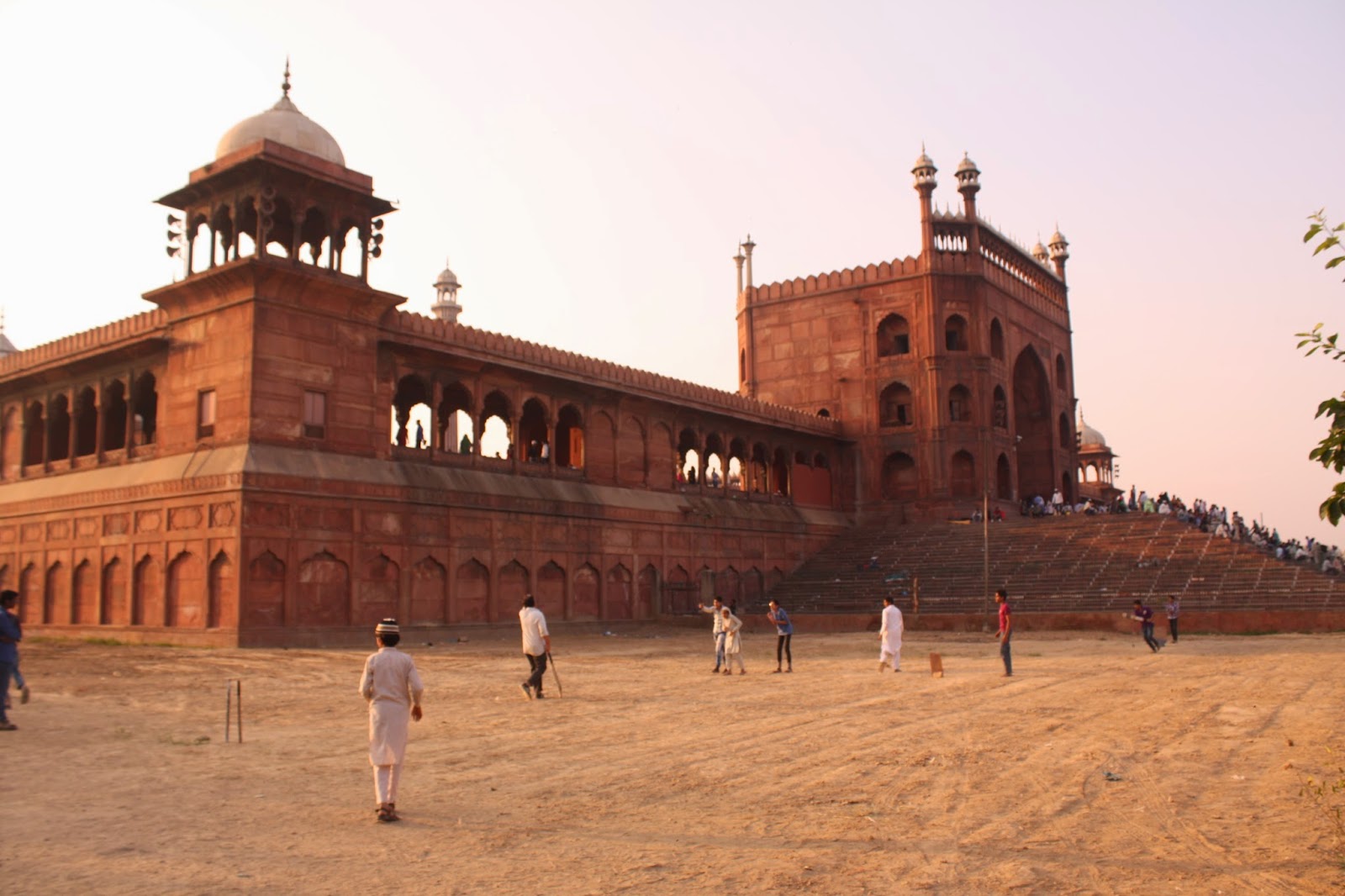 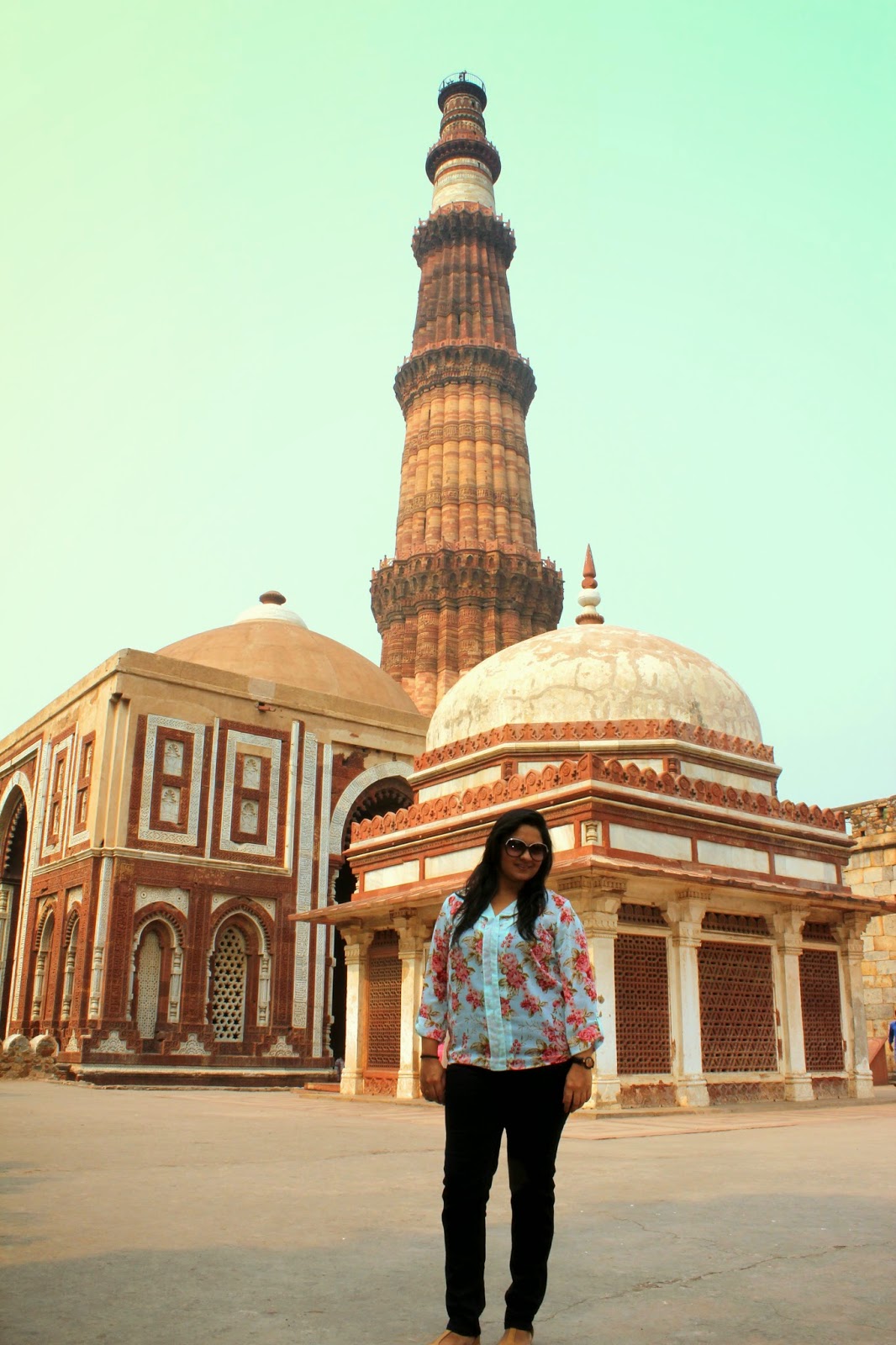 After a cousins wedding at Vasai, we decided to unwind with beers, sound of waves and conversations by the beach.  Our stay at Madh was comfortable and the weather was lovely.  I'm sure you'd agree looking at the photos below! 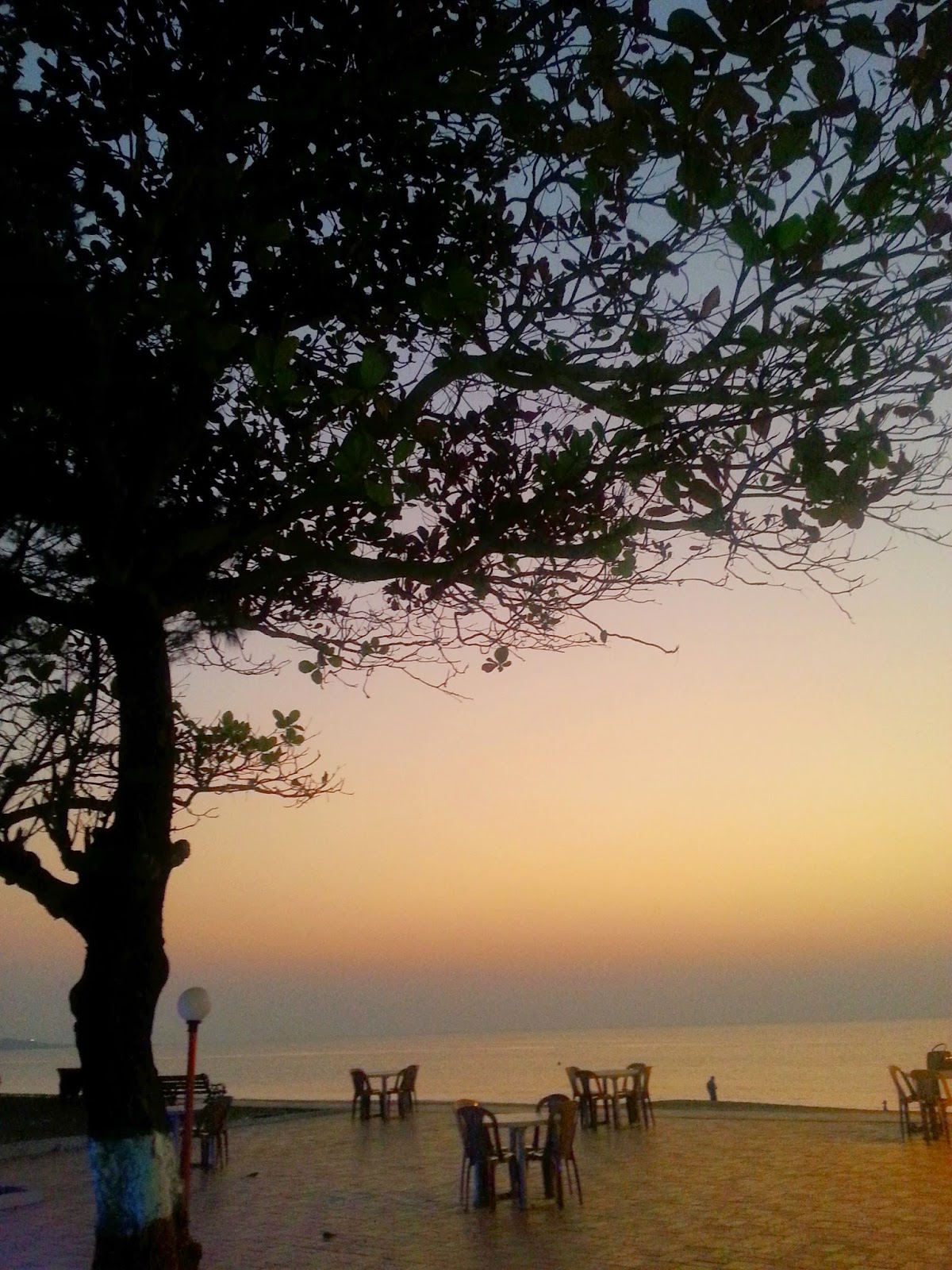 I start out with the Christmas party at Koh Phagnan, followed by dive course at Koh Tao and usher in the new year at Koh Samui. Next I heard to Phuket, Siem Reap and Bangkok.

I'll post about it in detail once I'm back/ from the road.

Email ThisBlogThis!Share to TwitterShare to FacebookShare to Pinterest
Labels: 2014 in travel

I see year 2014 was d best year of your life. You travelled alot and had good time wd friends and family.
Well written blog....keep travelling n keep posting your blogs as I enjoy reading them..

Pictures are superb, especially the monsoon trek pictures, the Roopkund pictures and the panorama stitches. Your verve and excitement seeps through the blog, it is a pleasure reading it!